Stock overflow! My car broke down on the way to the show last weekend! I’m $500 in the hole from unexpected car repairs, and couldn’t make it to the show to complete my sales. Plus out the show money!! I need to unload my extra stock in a hurry so I’m doing a sale. Bigger sale if you buy 5 or more – 20% off. Entire herd of each breed – talk to me for making a deal.

Come get Harlies, Hotot, Beveren. Also have a pair of Lionhead plus a baby. You need to pick up the rabbits from Occidental or Sebastopol within the next week, by May 17, 2016. This doesn’t apply to future show sales or animals transported that I have to drive more than 20 mins to meet transport.

Blanc de Hotot are from around the country, purebred lines, import stock from Ludivine in Canada from France, and Autumn in Washington from Germany.

Beveren are excellent lines including Calloway.

We had 25 litters this spring and no room to house growing juniors, nor even enough freezer space for all of them. We’re up to our eyeballs and are only selling off the best of the best – the rest goes you-know-where. So come get them!

We’re downsizing the number of breeds we are carrying so that we can really focus on our very favorites – Beveren and Belgian Hare. And, trying out the new Silver Fox. All of these are rare breeds and if I could, would continue with all of them but logistics of raising such a big herd have become an issue and we want to cut our permanent stock in half.

After Tuesday there are sales on multiple animals – 3 gets 10% off, and 5 gets 20% off, during this herd closeout sale, until all Harlequin and Blanc de Hotot are gone.

Hope to hear from you soon! 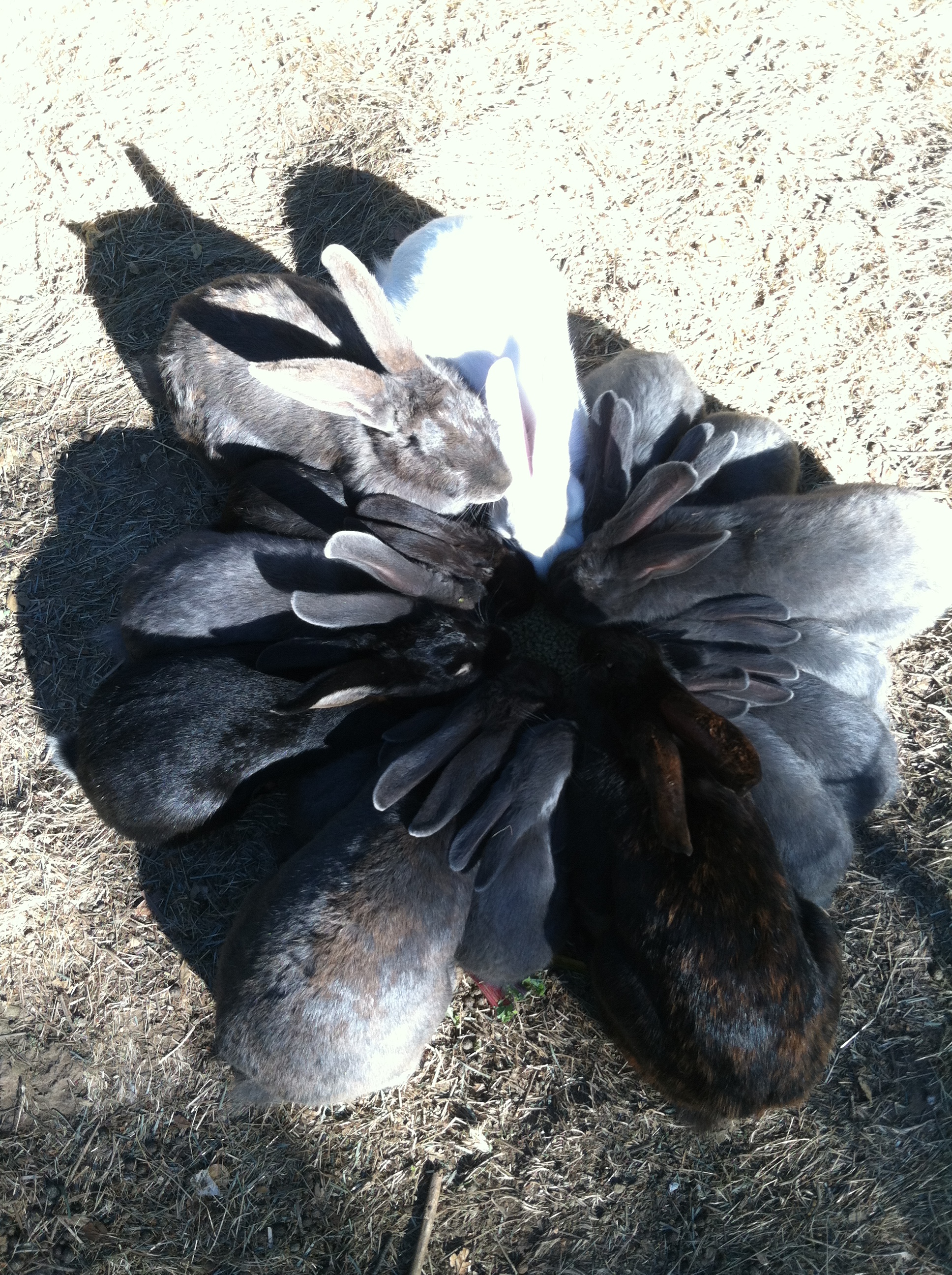 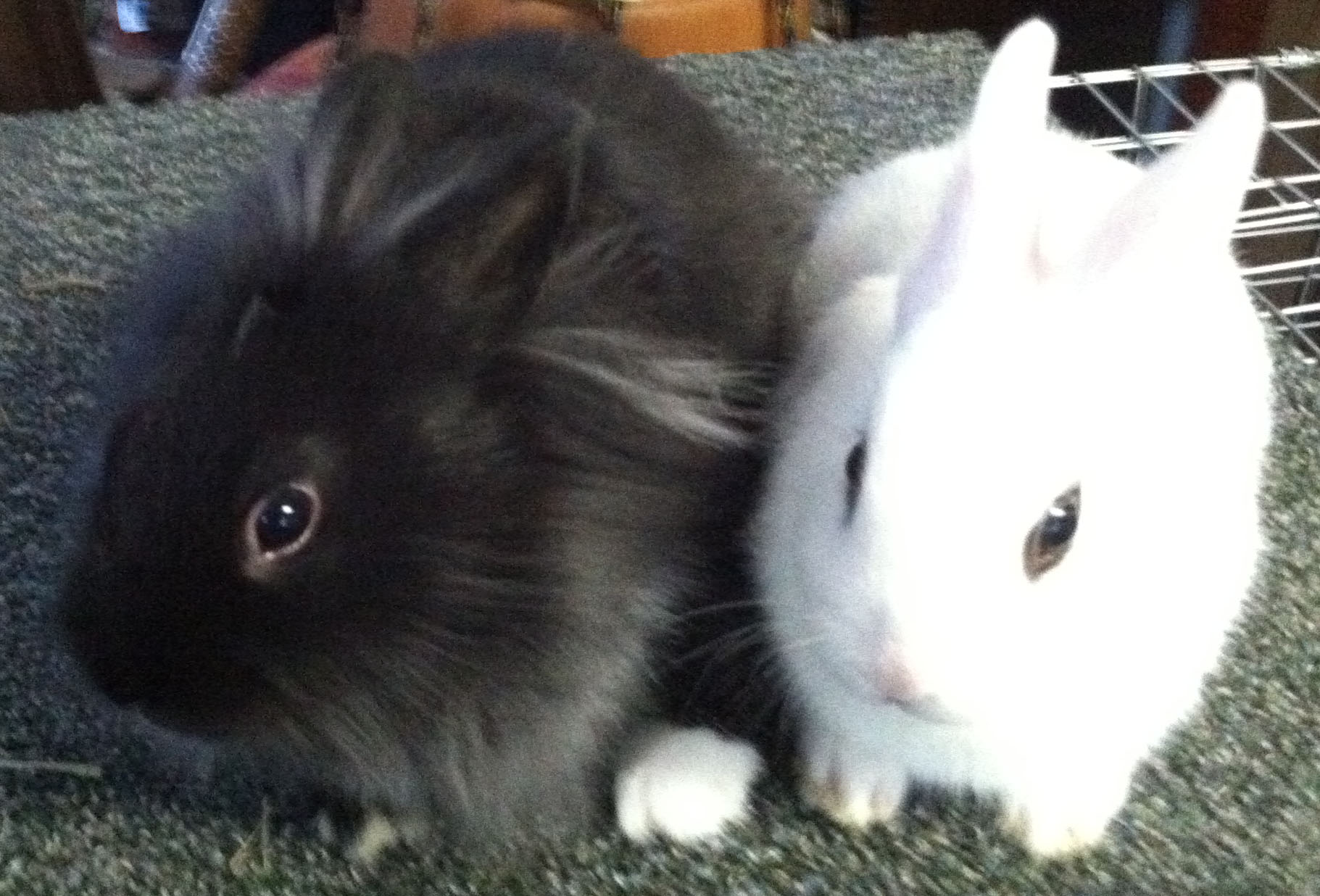 Two girls need a new home! 8 weeks old, they are looking for a loving home. They have grown up together and can be kept together or purchased separately. 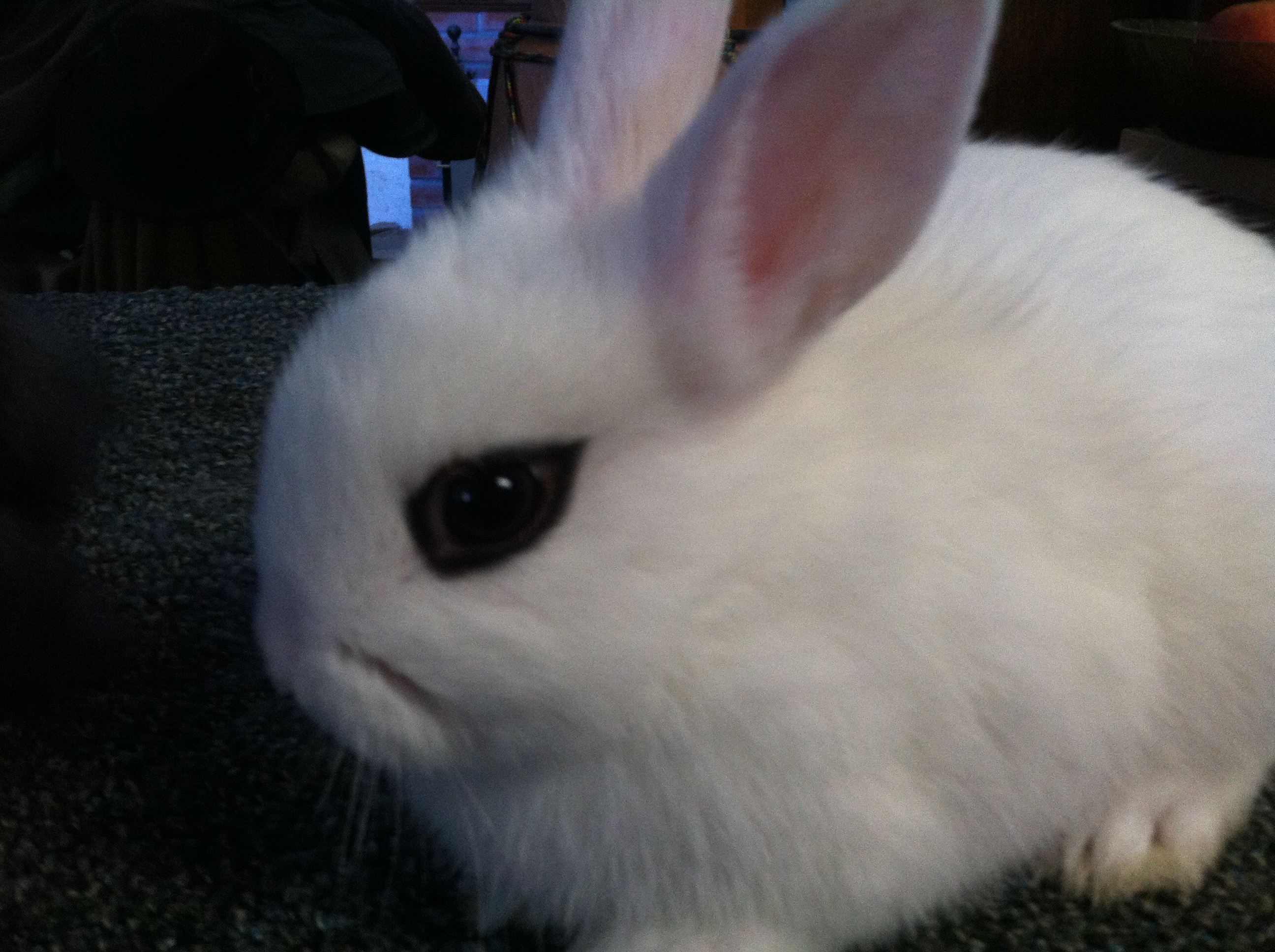 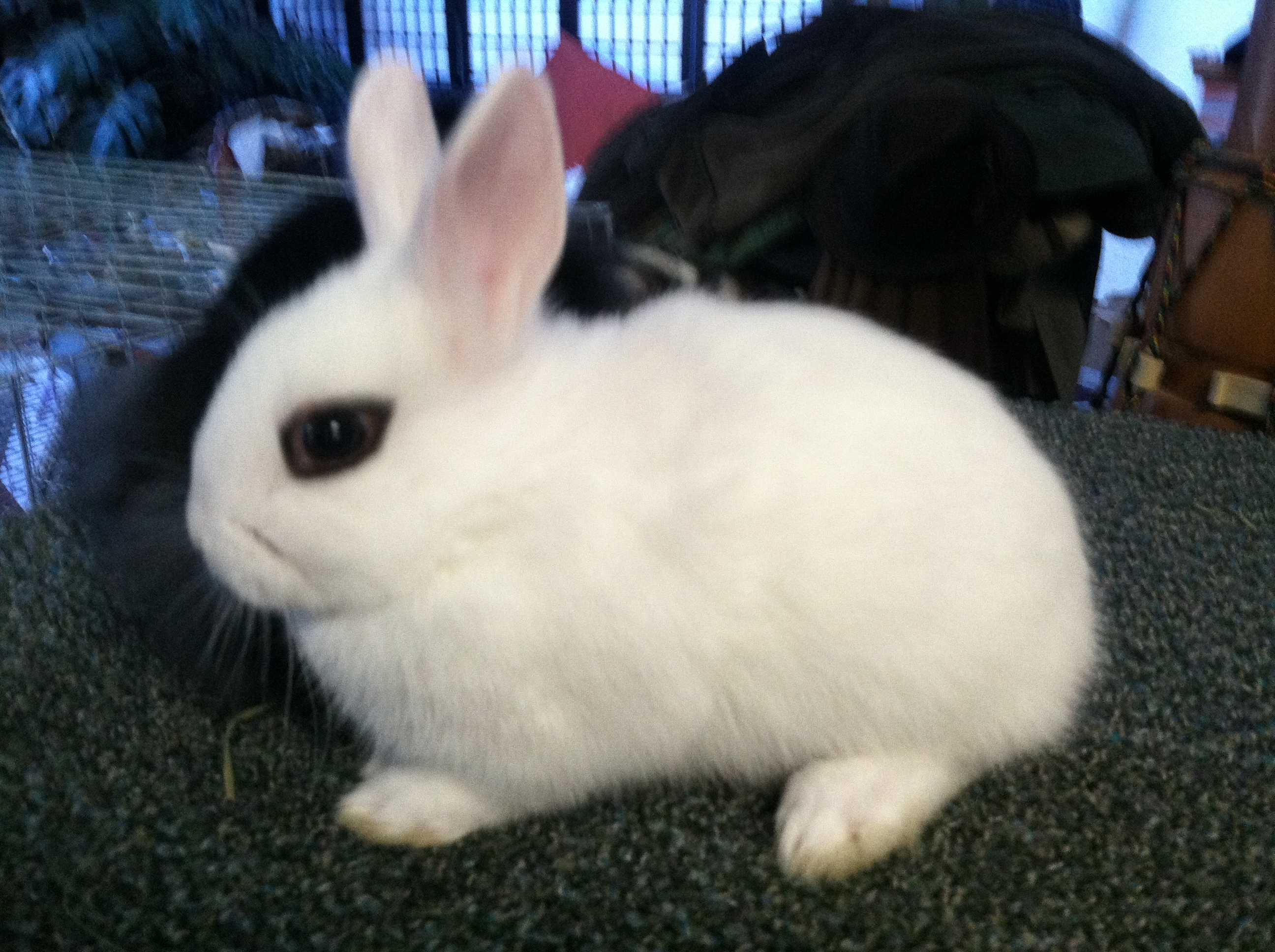 Dwarf Hotot “Rosebud” $70. Purebred (pedigreed but waiting on it from breeder I got parents from). Sweet girl. Too large for show, will make a sweet pet. Perfect markings. Darling disposition. 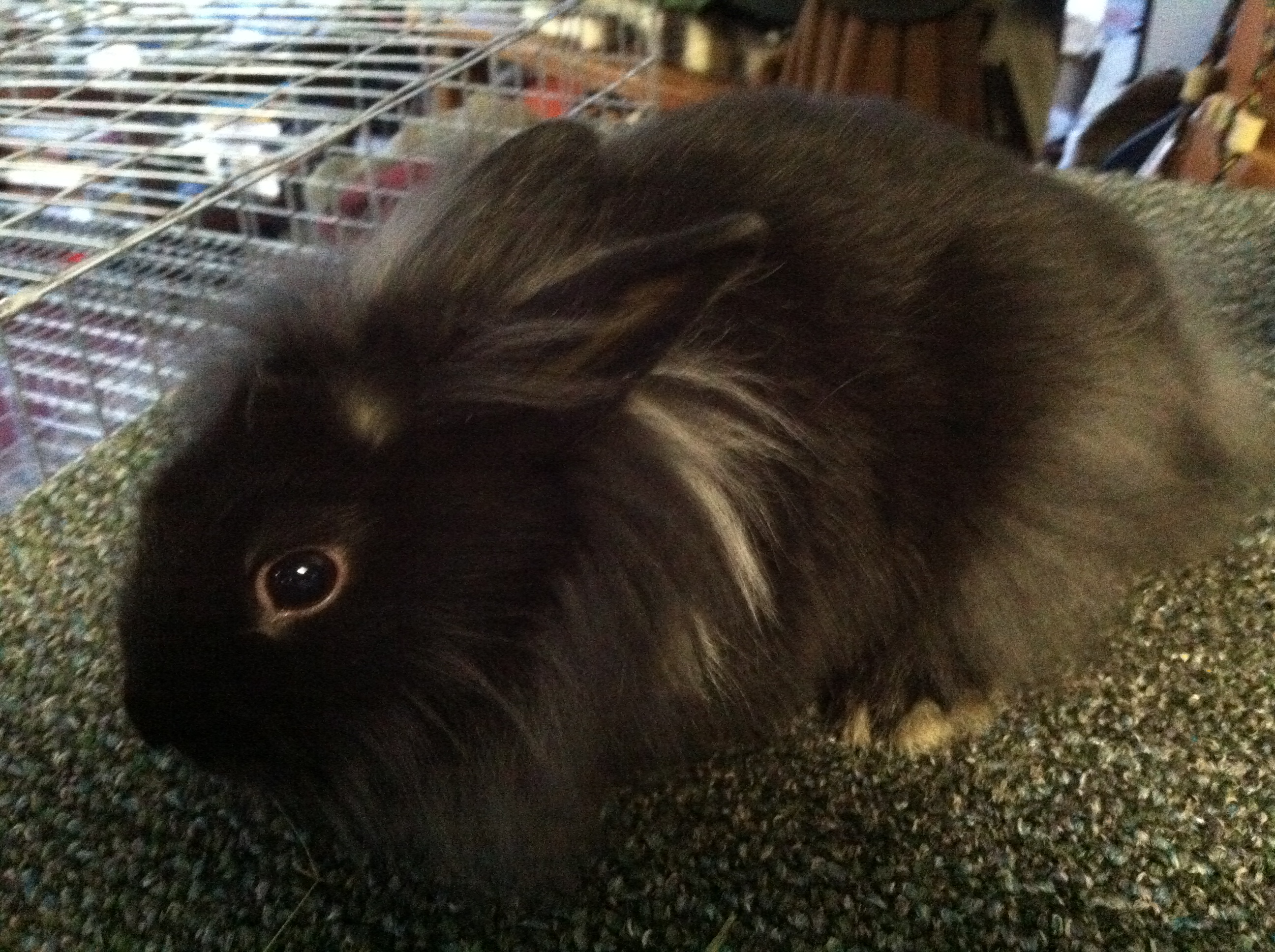 Dwarf Hotot x Lionhead cross $30. Has lovely mane, is black with a white foot and white splash. Pet only.